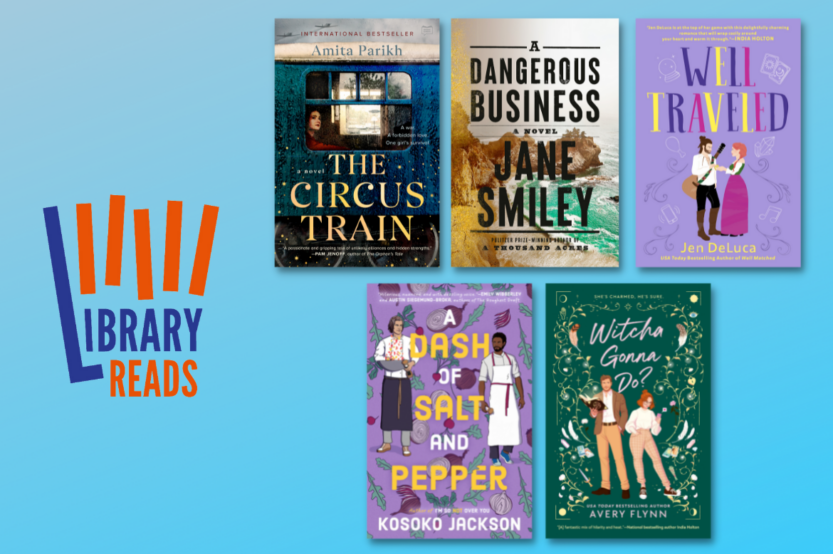 Public library staff across the nation have spoken! Congratulations to the books selected for the December 2022 LibraryReads Top Ten List.

Click to Request eGalleys to Prepare for Your December Readers’ Advisory. 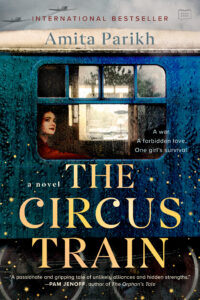 The Circus Train by Amita Parikh

Water for Elephants meets The Night Circus in this World War II debut about a magnificent travelling circus, a star-crossed romance, and one girl’s coming-of-age during the darkest of times.

“Lena is a polio survivor whose father is an illusionist with a traveling circus. One day she rescues Jewish stowaway Alexandre. Growing to be more than friends with WWII looming, the two are torn apart when disaster strikes. A beautiful story mirroring the horrors of war with the innocence of young love, this is for fans of historical fiction and circus tales like Water for Elephants.”—Kimberly McGee, Lake Travis Community Library, Austin, TX 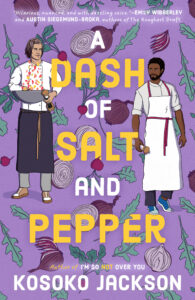 A Dash of Salt and Pepper by Kosoko Jackson

Sometimes two cooks in the kitchen are better than one in this swoony romantic comedy from the author of I’m So (Not) Over You.

“Moving back to his parents house after getting fired and dumped feels like failure to MBA graduate Xavier. He believes it is just a matter of time until he rebounds and gets his old life back. Then he meets Logan; chef, musician, father, utterly irresistible, and finds himself having to choose between love and his career dreams. You won’t be able to put down this charming small town romance.”—Alicia Ahlvers, Henrico County Public Library, Henrico, VA 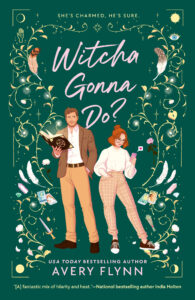 Witcha Gonna Do? by Avery Flynn

A witch with no magical abilities and her know-it-all nemesis must team up in the first of a new, hot romantic comedy series from USA Today bestselling author Avery Flynn.

“This is a very light magical romance. When a witch with no powers curses her witch family, she must work with her hot nemesis to save her family—and the world from domination.”—Lou Ann Shoultz, Mattoon Public Library, Mattoon, IL 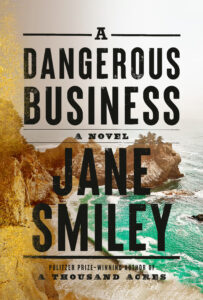 A Dangerous Business by Jane Smiley

From the beloved Pulitzer Prize-winning and best-selling author of A Thousand Acres: a mystery set in 1850s Gold Rush California, as two young prostitutes—best friends Eliza and Jean—follow a trail of missing girls.
“In this mystery set during the California gold rush, Eliza Ripple works at a brothel after her husband is killed in a bar fight. When young women start mysteriously disappearing, Eliza and her best friend investigate using sleuthing skills gleaned from Poe’s “Murders in the Rue Morgue.” For fans of the Kopp Sisters series.”—Jennifer Winberry, Hunterdon Public Library, Flemington, NJ 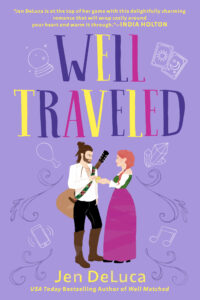 The Renaissance Faire is on the move, and Lulu and Dex are along for the ride, in the next utterly charming rom-com from Jen DeLuca.
“Fed up with her demanding boss, lawyer Louisa “Lulu” Malone quits her job while visiting a Renaissance Faire. She continues traveling with the Faire, which
means spending time with Dex MacLean of the Dueling Kilts musical troupe, who can’t believe Lulu is immune to his charms. Readers will have a hard time putting this rom-com down!”—Brenda O’Brien, Woodridge Public Library, Woodridge, IL

For more information about the program, or to learn how to vote for your favorite upcoming books, visit LibraryReads.org. And, don’t forget, voting for the January LibraryReads list ends 12/1!

Public library staff across the nation have spoken! Congratulations to all the books selected for the March 2021 LibraryReads Top Ten List. Click to Request eGalleys to Prepare for Your March Readers’ Advisory. Click to Learn More About our LibraryReads picks on Audio.   The Dating Plan by Sara Desai ““Daisy is shocked when she […]

Public library staff across the nation have spoken! Congratulations to all the books selected for the May 2021 LibraryReads Top Ten List. Click to Request eGalleys to Prepare for Your May Readers’ Advisory. Click to Learn More About our LibraryReads picks on Audio.   People We Meet On Vacation by Emily Henry “An aching slow-burn […]

Congratulations to Our Alex Award Winners

Join us in celebrating our 2022 Alex Award winners—the adult titles voted as excellent reads for teen audiences. Click for a chance to win a collection of our three winners. Click here to download an excel spread of our previous winners. Our Alex Award Winners The Witch’s Heart by Genevieve Gornichec Lore Olympus, Vol. 1 […]

Public library staff across the nation have spoken! Congratulations to the books selected for the November 2022 LibraryReads Top Ten List. Click to Request eGalleys to Prepare for Your November Readers’ Advisory. TOP PICK: Astrid Parker Doesn’t Fail by Ashley Herring Blake An interior designer who is never without the perfect plan learns to renovate her […]