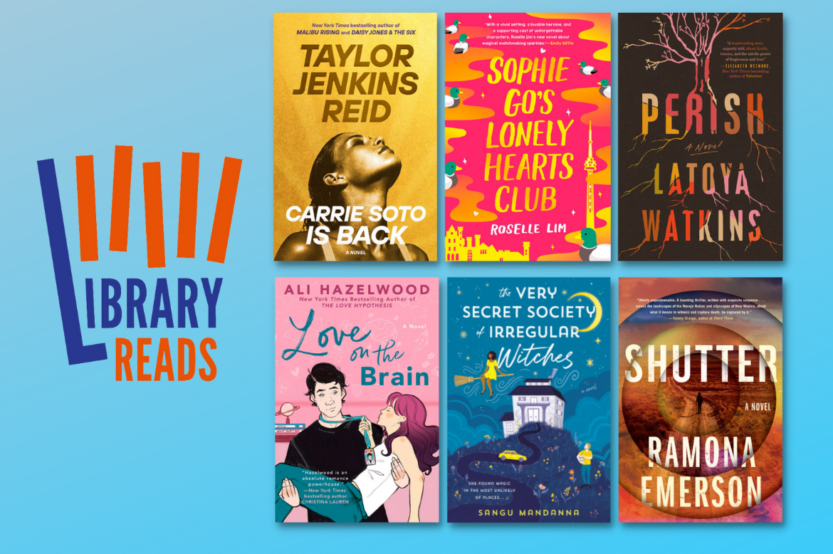 Public library staff across the nation have spoken! Congratulations to the books selected for the August 2022 LibraryReads Top Ten List.

Click to Request eGalleys to Prepare for Your August Readers’ Advisory. 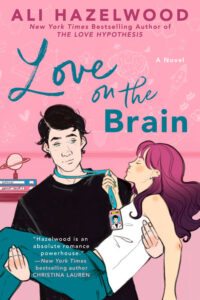 Love on the Brain by Ali Hazelwood

From the New York Times bestselling author of The Love Hypothesis comes a new STEMinist rom-com in which a scientist is forced to work on a project with her nemesis—with explosive results.

“Bee’s worked hard to get her big break leading a NASA project. However, she learns that she’ll be working with Levi, an old acquaintance who detests her. Or does he? Hazelwood’s done it again with another fantastic romance filled with the real-world struggles of being a woman in STEM. For fans of Helen Hoang and Christina Lauren.”—Brenna Timm, High Plains Library District, Greeley, CO 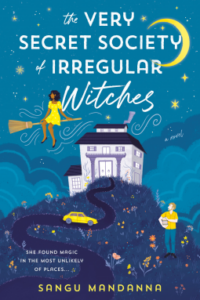 The Very Secret Society of Irregular Witches by Sangu Mandanna

A warm and uplifting novel about an isolated witch whose opportunity to embrace a quirky new family—and a new love—changes the course of her life.

“Mika is one of the few witches secretly living in Britain when someone reaches out for help teaching three young witches. She becomes entangled in the lives of her pupils and the household, including the handsome yet grouchy librarian Jaime. A cozy romance for fans of The House in the Cerulean Sea.”—Danielle Geiger, Brentwood Public Library, Brentwood, TN 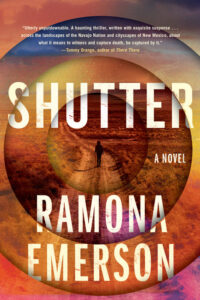 “Rita Todacheene, a crime scene photographer for the Albuquerque PD, can communicate with the dead. Her latest job involves a woman who allegedly killed herself… but she won’t leave Rita alone. A cinematic thriller set on the edge of the Navajo Nation, Emerson’s debut is a must-read.”—Erin Downey Howerton, Wichita Public Library, Wichita, KS

NoveList read-alike: When the Reckoning Comes by Latanya McQueen 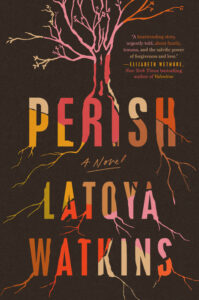 Perish: A Novel by LaToya Watkins

From a stunning new voice comes a powerful debut novel, Perish, about a Black Texan family, exploring the effects of inherited trauma and intergenerational violence as the family comes together to say goodbye to their matriarch on her deathbed.

“Watkins skillfully depicts in beautiful yet straightforward language the stories of four family members as they come home to Jerusalem, Texas to say goodbye to the dying matriarch, Helen Jean. In alternating chapters, Helen’s daughter and three grandchildren reveal the painful experiences of their pasts, from family violence to racism. These four distinct voices will pull the reader into an often heartbreaking story of a family’s fight not only to survive but also maybe to forgive.”—Michael Santagelo, LibraryReads Board Chair 20212-23 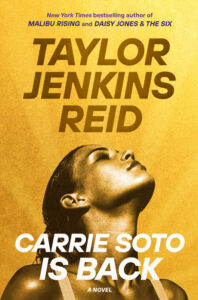 Carrie Soto Is Back: A Novel by Taylor Jenkins Reid

In this powerful novel about the cost of greatness, a legendary athlete attempts a comeback when the world considers her past her prime—from the New York Times bestselling author of Malibu Rising, Daisy Jones & The Six, and The Seven Husbands of Evelyn Hugo.
“With fierce determination, Carrie Soto comes out of retirement to claim her title as the GOAT of tennis. Will she also use this opportunity to repair relationships with her father/coach and the other players on the tour? Jenkins Reid is at the top of her game with another winning page-turner.”—Stacy Lienemann, Waseca-Le Sueur Regional Library System, Waseca, MN 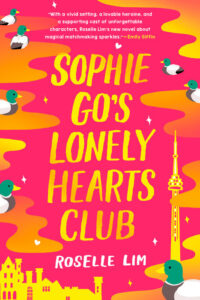 A new heartfelt novel about the power of loneliness and the strength of love that overcomes it by critically acclaimed author Roselle Lim.

“Sophie Go can see red threads extending from everyone’s heart—threads that show how ready a person is for love. Despite her mom’s disapproval, Sophie aspires to use her gift to become Toronto’s premier matchmaker. When she corrals a group of elderly Chinese men in her apartment building as potential clients, she has the chance to realize her dream and break free from her overbearing mother.”—Maureen Rothenberg, Clayton County Public Libraries, Jonesboro, GA

For more information about the program, or to learn how to vote for your favorite upcoming books, visit LibraryReads.org. And, don’t forget, voting for the September LibraryReads list ends 8/1!

Public library staff across the nation have spoken! Congratulations to all the books selected for the April 2021 LibraryReads Top Ten List. Click to Request eGalleys to Prepare for Your April Readers’ Advisory. Click to Learn More About our LibraryReads picks on Audio.   The Intimacy Experiment by Rosie Danan “Having built the Shameless platform […]

With starred reviews from publications including Booklist, Kirkus Reviews, Publishers Weekly, and Library Journal—your patrons will want to read these much-anticipated books that reviewers are raving about. FICTION Age of Vice by Deepti Kapoor “Kapoor’s frenetic and colorful novel highlights the new global pecking order, one forged by capitalism, in which the rich always win.”— Booklist, […]

Public library staff across the nation have spoken! Congratulations to all the books selected for the February 2021 LibraryReads Top Ten List. Click to Request eGalleys to Prepare for Your February Readers’ Advisory. Click to Learn More About our LibraryReads picks on Audio.   The Kitchen Front by Jennifer Ryan “WWII era, Great Britain, four women […]

Exciting news from the halls of ALA Midwinter in Boston! We’re thrilled to share our 2016 ALA Award Winners and Honor books. Congratulations to our authors and our publishers on these fantastic honors. ALA 2016 Notable Books List Year’s best in fiction, nonfiction and poetry named by RUSA readers’ advisory experts. Fiction: In the Country: […]