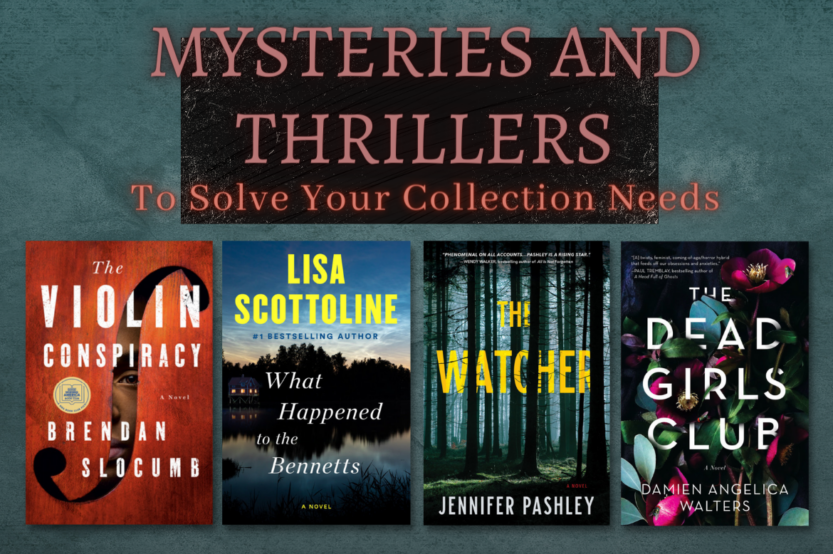 Want a clue as to how to round out your mystery and thriller collection? Investigate this great list of chilling reads and give your patrons more reasons to sleep with the lights on.

Check out these new and on-sale eBooks.

View or Download the Excel Grid of the Complete Format List of Mysteries and Thrillers Included Here.

View a Collection of These Mysteries and Thrillers on Edelweiss.

View these Mysteries and Thrillers and more in our Thrills and Chills panel below. For additional titles, visit the Penguin Random House Booth in the festival environment here.

MYSTERIES AND THRILLERS TO SOLVE YOUR COLLECTION NEEDS

AN ICON. ADORED BY MILLIONS. THE MOST FAMOUS WOMAN IN THE WORLD. WHO BECAME THE PEOPLE’S PRINCESS … DIANA. Based on Tina Brown’s bestselling biography THE DIANA CHRONICLES comes a movie based on the last two years of The Princess of Wales life. Naomi Watts play Diana, and from the trailer it looks like she […]

Piper Kerman’s vivid memoir Orange Is the New Black: My Year in a Women’s Prison is the inspiration for a new Netflix series which premieres on Thursday, July 11. And it looks amazingly moving and action-packed. Piper is played by Taylor Schilling and the cast is rounded out by Jason Biggs, Natasha Lyonne and Taryn […]