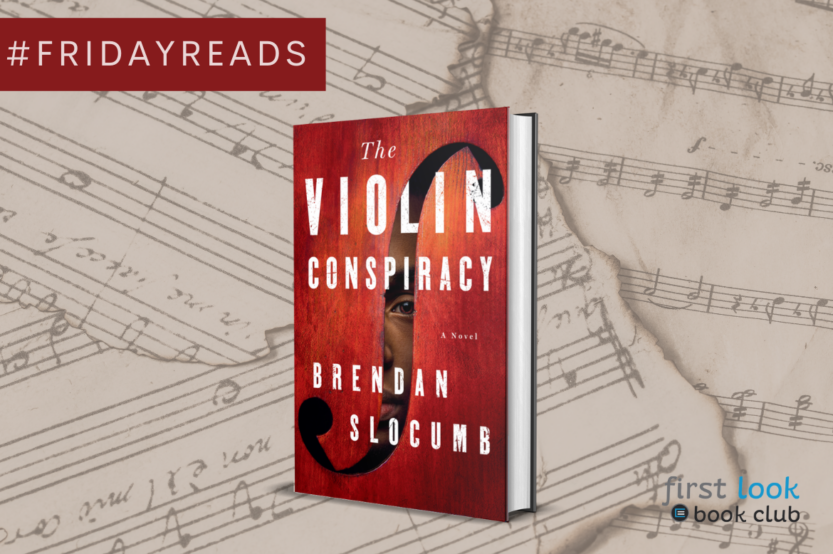 Listen to an audiobook clip read by JD Jackson.

Growing up Black in rural North Carolina, Ray McMillian’s life is already mapped out. If he’s lucky, he’ll get a job at the hospital cafeteria. If he’s extra lucky, he’ll earn more than minimum wage. But Ray has a gift and a dream—he’s determined to become a world-class professional violinist, and nothing will stand in his way. Not his mother, who wants him to stop making such a racket; not the fact that he can’t afford a violin suitable to his talents; not even the racism inherent in the world of classical music.
When he discovers that his great-great-grandfather’s beat-up old fiddle is actually a priceless Stradivarius, all his dreams suddenly seem within reach. Together, Ray and his violin take the world by storm. But on the eve of the renowned and cutthroat Tchaikovsky Competition—the Olympics of classical music—the violin is stolen, a ransom note for five million dollars left in its place. Ray will have to piece together the clues to recover his treasured Strad … before it’s too late.
With the descendants of the man who once enslaved Ray’s great-great-grandfather asserting that the instrument is rightfully theirs, and with his family staking their own claim, Ray doesn’t know who he can trust—or whether he will ever see his beloved violin again. 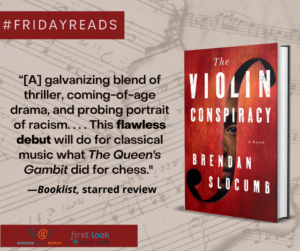 #FridayReads: Fortune Favors the Dead by by Stephen Spotswood

Click to Read an Excerpt on First Look. A wildly charming and fast-paced mystery written with all the panache of the hardboiled classics, Fortune Favors the Dead introduces Pentecost and Parker, an audacious new detective duo for the ages. Request an eGalley on Edelweiss. Request an eGalley on NetGalley. Click to Listen to a Clip from the […]

Click to Read an Excerpt on First Look. Listen to a Clip from the Audiobook. It started with a letter. It ended with a love story. Every December, Josie posts a letter from her home in London to the parents she lost on Christmas night many years ago. Each year, she writes the same three […]

Click to Read an Excerpt on First Look. View or Download the Book Club Kit. Max, a data whiz at the social media company Wren, has gotten a firsthand glimpse of the dark side of big tech. When he questions what his company does with the data they collect, he’s fired . . . then […]

#Friday Reads: Wish You Were Here

Click to Read an Excerpt on First Look. Click to View or Download the Book Club Kit. From the #1 New York Times bestselling author of The Book of Two Ways and Small Great Things, comes a deeply moving novel about the resilience of the human spirit in a moment of crisis. Diana O’Toole is perfectly on […]