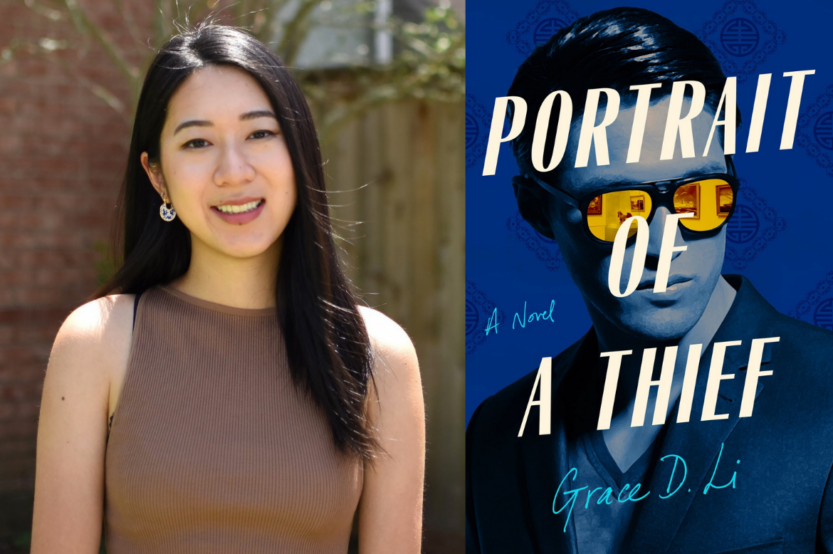 I’ve always loved heist stories: the high-octane car chases, the smooth-talking con artists, the crew that comes together against all odds. I’ve watched the Ocean’s movies more times than I can count. At the same time, they often feel like glimpses into another world, one that doesn’t always have space for people who look like me. Portrait of a Thief is my love letter to the heist stories I’ve grown up with, and also my response: What would a heist look like with an all-Asian cast? What would motivate these characters with so much to lose?

I started writing Portrait of a Thief as a recent college grad, living alone for the first time in New York City. I had just learned about the true story of Chinese art vanishing from Western museums, and in my tiny studio apartment, I thought to myself, if someone asked me to do that, I might have said yes. I visit my extended family in China every other summer, and even as a Chinese American, the loss—and reclamation—of China’s looted art felt very personal.

The rest of the story came from there. I wanted to write about thieves that weren’t expert criminals but Chinese Americans just like me, grappling with questions of identity and belonging as part of two cultures. I also wanted to write about the college experience I had so recently left behind, and what it felt like to be young and invincible and certain you can do anything—but also deeply terrified of everything that’s about to change upon graduation. These characters all have a part of me in them: my love for art, my fear of failure, my own experiences with China and as part of the Chinese diaspora.

I finished writing Portrait of a Thief during the early months of the pandemic, as I was thinking even more deeply about these questions of identity and belonging in a time of tragedy, fear, and increased hostility toward immigrants and people of color. It was a relief to come back to this story, set several years after the worst was over, where Chinese Americans could move freely and fearlessly throughout the world, carrying out heists that were both for themselves and for a purpose bigger than themselves.

For all the serious themes in this book, though, I hope it’s also a lot of fun. There are street races in the town where I went to college, karaoke in New York City K-Town, museum scenes inspired by my own experience as an art museum tour guide. There are college students falling in and out of love with each other—what are your early twenties for if not feeling everything too much?—and of course, nods to all my favorite heist movies (the opening scene comes straight from Ocean’s Eleven, and anyone who has seen Jackie Chan’s CZ12 will recognize how these characters manage to evade customs!). I had so much fun with this book, and I feel so lucky to be able to share it with you. I hope you enjoy reading it as much as I enjoyed writing it.

Portrait of a Thief: A Novel by Grace D. Li

Ocean’s Eleven meets The Farewell in Portrait of a Thief, a lush, lyrical heist novel inspired by the true story of Chinese art vanishing from Western museums, about diaspora, the colonization of art, and the complexity of the Chinese American identity. 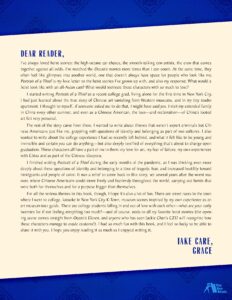 A sweeping, unforgettable novel from The New York Times bestselling author of Maine, about the hope, sacrifice, and love between two sisters and the secret that drives them apart. Watch J. Courtney Sullivan’s presentation at our Open Book Event below. Nora and Theresa Flynn are twenty-one and seventeen when they leave their small village in […]

Watch The Home Edit Authors Help You Master the Mess

There’s decorating, and then there’s organizing. From the Instagram-sensation home experts (with a serious fan club that includes Reese Witherspoon, Gwyneth Paltrow, and Mindy Kaling), here is an accessible, room-by-room guide to establishing new order in your home. Believe this: every single space in your house has the potential to function efficiently and look great. The mishmash […]

A Letter from Morgan Callan Rogers

The marriage of Florine Gilham and Bud Warner is a cause for celebration down on The Point, the Maine fishing village where they grew up. Yet even as the newlyweds begin their lives together, Florine is drawn back into the memory of her mother, Carlie, who vanished when Florine was twelve. As unexpected clues regarding […]