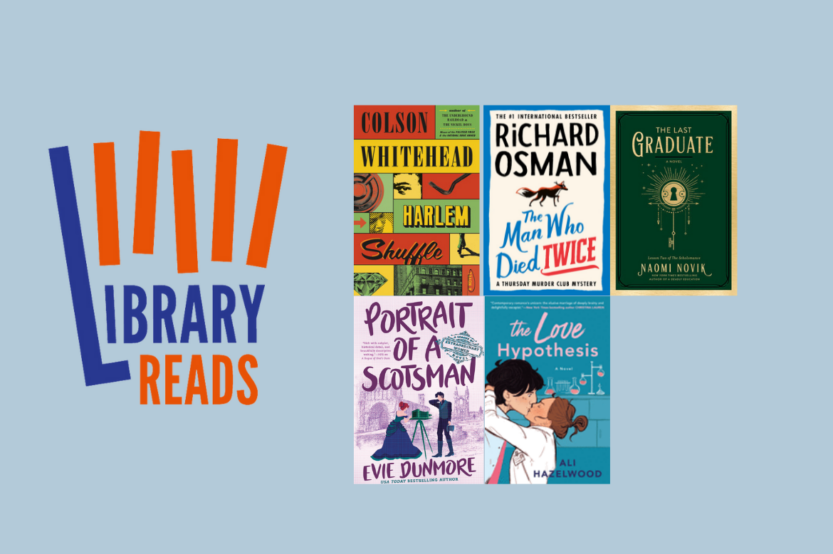 Public library staff across the nation have spoken! Congratulations to all the books selected for the September 2021 LibraryReads Top Ten List.

Click to Request eGalleys to Prepare for Your September Readers’ Advisory. 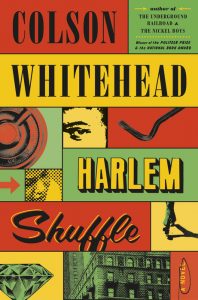 From the two-time Pulitzer Prize-winning author of The Underground Railroad and The Nickel Boys, a gloriously entertaining novel of heists, shakedowns, and rip-offs set in Harlem in the 1960s.

“Read if you want a brilliantly plotted heist novel set in 1960s New York. The Harlem setting with its creeping gentrification is a significant part of the story. For readers who enjoyed Deacon King Kong and Black Bottom Saints.”—Jennifer Schultz, Fauquier County Public Library, Warrenton, VA

NoveList read-alike: Only the Strong by Jabari Asim 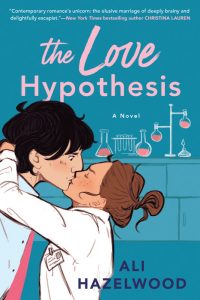 The Love Hypothesis: A Novel by Ali Hazelwood

When a fake relationship between scientists meets the irresistible force of attraction, it throws one woman’s carefully calculated theories on love into chaos.

“Stanford scientists Olive and Adam begin fakedating out of mutual convenience, but their relationship causes all sorts of issues on campus. Readers will grow to root for this brainy duo in neuroscientist Hazelwood’s romcom debut. For readers of The Kiss Quotient and The Rosie Project.”—Cari Dubiel, Twinsburg Public Library, Twinsburg, OH

NoveList read-alike: A Princess in Theory by Alyssa Cole 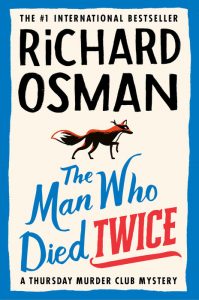 The Man Who Died Twice by Richard Osman

The second gripping novel in the #1 internationally bestselling Thursday Murder Club series, the first of which Kate Atkinson called “A little beacon of pleasure in the midst of the gloom. . . SUCH FUN!”

“The competent senior quartet of The Thursday Murder Club returns, this time tracking
down stolen diamonds while dealing with a troublesome ex-husband, a local drug queenpin, the arrival of the mafia, and a growing number of murders. An utter delight. For fans of The Postscript Murders and the Flavia de Luce mysteries.—Julie Graham, Yakima Valley Libraries, Yakima, WA

NoveList read-alike: An Elderly Lady is Up to No Good by Helene Tursten

Congratulations to all the books inducted into the LibraryReads Hall of Fame List. 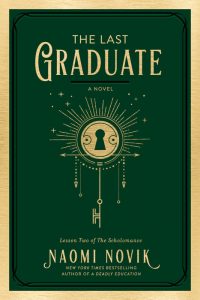 The Last Graduate: A Novel by Naomi Novik

“El and her friends start their senior year, and if their fix worked, they should have a fighting chance against the maleficaria, beasts that feast on graduating students. But the school seems to be out to get El, as she’s suddenly the only one being targeted by mals. Recommended for grown up fans of fantasy school stories that would appreciate the darker side of this one.”—Mary Bell, Wilbraham Public Library, Wilbraham, MA 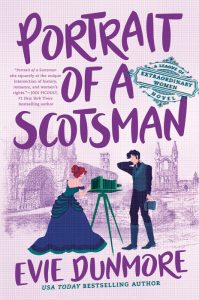 Portrait of a Scotsman by Evie Dunmore

Going toe-to-toe with a brooding Scotsman is rather bold for a respectable suffragist, but when he happens to be one’s unexpected husband, what else is an unwilling bride to do?

“A forced marriage, an assumed affair, and a trip north to Scotland bring about multiple revelations between Hattie, a radical bluestocking, and Lucian, a self-made Scotsman. In this open-door romance, they learn to define what is important to both their emotional and sexual relationship. Dunmore does an incredible job of weaving in political and historical issues.”—Sarah Milner, Charleston County Public Library, Charleston, SC

NoveList read-alike: A Week to Be Wicked by Tessa Dare

Check Your Holds! Media Hits for The Things That Matter

Holds are quickly rising as press coverage continues to grow for The Things That Matter ! (on sale Oct. 22 | HC | Political Science/Essays) Highlights Include: Daily Show with Jon Stewart CBS – This Morning The O’Reilly Factor NPR – Morning Edition Keep ahead of patron demand as Charles Krauthammer continues to be in the […]

In his newest novel THE WATER KNIFE, Paolo Bacigalupi—National Book Award finalist and bestselling author of The Windup Girl—delivers a scorching near-future thriller born out of today’s front-page headlines. Voters placed the novel at #4 on the May LibraryReads List and Library Journal’s starred review hailed it as “a fresh cautionary tale classic.” This National […]

The Penguin Random House Library Marketing Spring 2015 Debut Fiction Sampler is filled with fresh new voices that will appeal to all types of readers—from literary fiction devotees to coming-of-age fans to thriller fanatics and more. Be among the first to discover this spring’s hot new authors! This is a great resource for building your […]