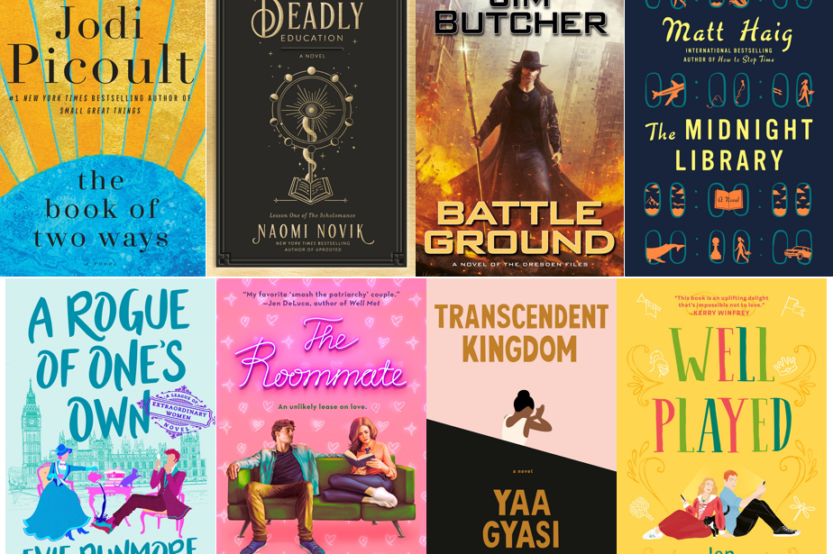 Public library staff across the nation have spoken! Congratulations to all the books selected for the September 2020 LibraryReads Top Ten List, including the Hall of Fame picks The Book of Two Ways: A Novel by Jodi Picoult and A Deadly Education: A Novel by Naomi Novik! 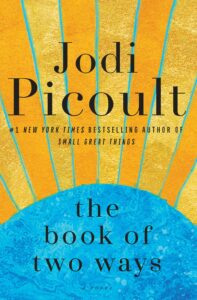 The Book of Two Ways: A Novel by Jodi Picoult (Hall of Fame)

“This deeply felt story oscillates between past and present in the life of Dawn McDowell, a death doula and former Egyptologist. Rich with metaphor and fascinating Egyptology, the novel benefits from being told solely from Dawn’s point of view, pulling readers deep into her world.” —Cari Dubiel, Twinsburg Public Library, Twinsburg, OH

Read-alike: Cries From The Lost Island by Kathleen O’Neal Gear
Read-alike: My Real Children by Jo Walton
Read-alike: The Bookseller by Cynthia Swanson 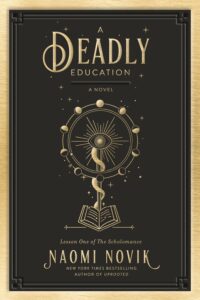 A Deadly Education: A Novel by Naomi Novik (Hall of Fame)

“Scholomance is an elite school of magic where only the strongest survive, literally. Deadly beasts hide around every corner, and the spells learned in class could save your life. Adventure, world-building, friendships formed in adversity, and a murderous school? Irresistible!” —Sharon Layburn, South Huntington Public Library, Huntington Station, NY 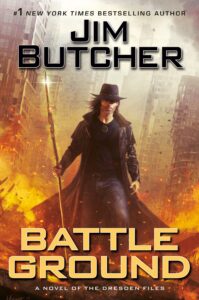 “Battle Ground has more at stake than any previous book in the Dresden Files series, and more changes for Harry. Filled to the brim with non-stop
action, this entry has Harry and almost every supernatural being he knows coming to defend Chicago from a mad Titan bent on reshaping reality. For fans of Mercy Thompson series (Briggs) and the Iron Druid Chronicles (Hearne).”—Dan Brooks, Wake County Public Libraries, Raleigh, NC 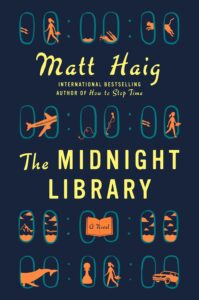 The Midnight Library: A Novel by Matt Haig

“At a seminal moment in her life, Nora visits a unique library. Every book she chooses is one that she becomes part of and is a possible life she might have led. There are adventures, close calls, and joy. Give this totally engrossing page-turner to fans of Here and Now and Then (Chen) and Life after Life (Atkinson). “—Deborah Margeson, Douglas County Libraries, Castle Rock, CO

NoveList read-alike: Or What You Will by Jo Walton 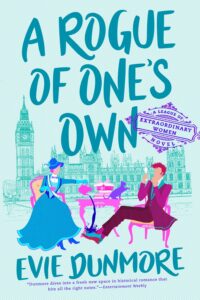 A Rogue of One’s Own by Evie Dunmore

“The second book in the League of Extraordinary Women series revolves around Lady Lucie and her old nemesis Lord Ballentine. Their love/hate relationship is passionate and steamy. For fans of the Royal Wedding series and Dukes Behaving Badly series.” —Natalie Peitsinovski, Roselle Public Library, Roselle, NJ 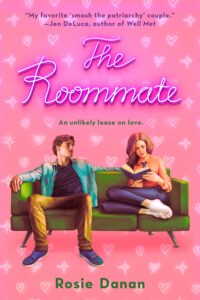 The Roommate by Rosie Danan

“When Clara decides to move from New York to LA to live with her forever crush/childhood best friend
Everett, he tells her he is going on the road with his band all summer, but not to worry, he has a roommate lined up for her. This roommate, it turns out, works in the adult entertainment industry. For
readers who enjoyed My Favorite Half-Night Stand (Lauren). ” —Afton Finley, Waseca Library, Waseca, MN 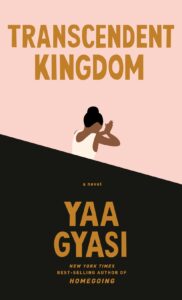 “Gyasi is a force of a writer and in her new novel, Gifty is a Ph.D student of
neuroscience fueled by the need to understand her brother’s addiction and
mother’s depression. For fans of Imagine Me Gone (Haslet) and Chemistry
(Wang).” —Kari Bingham-Gutierrez, Olathe Public Library, Olathe, KS 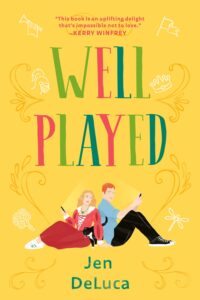 “Upon hearing of Simon and Emily’s engagement, best friend Stacey is jolted into
reevaluating her own life. Stacey reaches out to her old Ren Faire flame, Dex, but accidentally connects with Daniel, Dex’s cousin. When their friendly messages turn into something more, Stacey is faced with a surprise upon learning of the identity of her
online paramour. For readers who enjoyed 99 Percent Mine (Thorne).” —Morgan Malyn, Clermont County Public Library, Cincinnati, OH

Narrative Nonfiction for Every Kind of Book Club

Whether you’re looking for inspiration or a fascinating and true narrative, spark discussion at your next book club with these nonfiction reads for every kind of book club. For Foodie Book Clubs: Save Me the Plums: My Gourmet Memoir by Ruth Reichl Trailblazing food writer and beloved restaurant critic Ruth Reichl took the job (and […]

Fandom Favorites for the Fanboys and Fangirls at Your Library

From sci-fi to gaming, fantasy to graphic novel, we’re featuring titles perfect for every fangirl and fanboy at your library. Click for More Fandom Favorites. Looking for a specific genre? Click for science fiction, fantasy, gaming, and graphic novel titles.

Sarah Jessica Parker, Honorary Chair of ALA’s Book Club Central and Editorial Director of SJP for Hogarth, shares what she thinks is the most important service of a library and much more for National Library Week! What was the first book you can remember checking out of the library?  I must be honest. We went to our […]