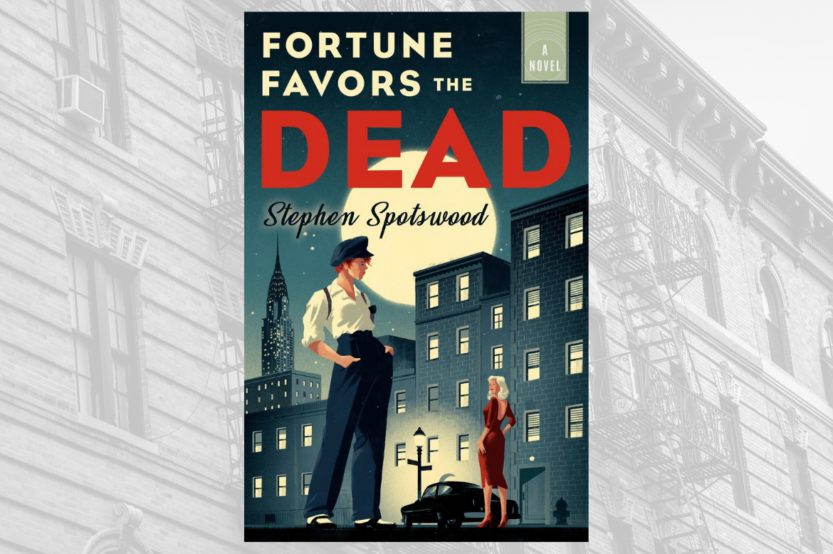 “Bullets, blood, bodies, and belly-laughs: all the ingredients of a classic mystery novel. Stephen Spotswood hard-boils with the best of ’em!”–Alan Bradley, bestselling author of the Flavia de Luce Mystery Series

Introducing Pentecost and Parker, two unconventional female detectives who couldn’t care less about playing by the rules, in their cases and in their lives.

It’s 1942 and Willowjean “Will” Parker is a scrappy circus runaway whose knife-throwing skills have just saved the life of New York’s best, and most unorthodox, private investigator, Lillian Pentecost. When the dapper detective summons Will a few days later, she doesn’t expect to be offered a life-changing proposition: Lillian’s multiple sclerosis means she can’t keep up with her old case load alone, so she wants to hire Will to be her right-hand woman. In return, Will is to receive a salary, room and board, and training in Lillian’s very particular art of investigation.

Three years later, Will and Lillian are on the Collins case: Abigail Collins was found bludgeoned to death with a crystal ball following a big, boozy Halloween party at her home–her body slumped in the same chair where her steel magnate husband shot himself the year before. With rumors flying that Abigail was bumped off by the vengeful spirit of her husband (who else could have gotten inside the locked room?), the family has tasked the detectives with finding answers where the police have failed. But that’s easier said than done in a case that involves messages from the dead, a seductive spiritualist, and Becca Collins–the beautiful daughter of the deceased, who Will quickly starts falling for. When Will and Becca’s relationship dances beyond the professional, Will finds herself in dangerous territory, and discovers she may have become the murderer’s next target.

A wildly charming and fast-paced mystery written with all the panache of the hardboiled classics, Fortune Favors the Dead is a fresh homage to Holmes and Watson that introduces a new and audacious detective duo for the ages.

Edan Lepucki, New York Times bestselling author of California, joins Beaks and Geeks to talk performance art, class in California, and which books she reads over and over again. Lepucki’s new novel, Woman No. 17, is a dark, sexy noir about the intensity of female relationships that lies behind the hedgerows of beautifully manicured Los Angeles. Click to Listen […]

Whether they’re hosting BBQs or dedicated to eating healthy meals, we’ve got the perfect summertime cookbooks for patrons. Click for Sweet & Savory Summer Cookbooks.  Click for Cookbooks to Help You Stay Healthy This Summer.

The classic million-copy bestselling handbook on reading aloud to children–revised and updated for a new generation of readers. Recommended by “Dear Abby” upon its first publication in 1982, millions of parents and educators have turned to Jim Trelease’s beloved classic for more than three decades to help countless children become avid readers through awakening their […]