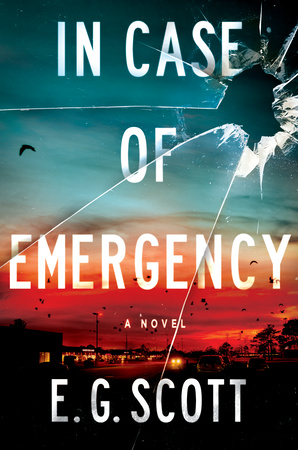 The new thriller from E. G. Scott follows a woman looking for answers after her boyfriend goes missing and a corpse appears that implicates her in the murder of a woman she never met.

Charlotte, a midthirties Long Island woman, has felt so alone since her promising career in neuroscience imploded. But she has an online support group for trauma survivors; she has Rachel, a friend who has seen her through the worst of it; and now she also has Peter, a mysterious new boyfriend who has asked that their budding romance remain a total secret.

That is why she is too scared to report his disappearance to the authorities when he vanishes without a word.

Weeks later, police contact her to make an ID on a body and she fears the worst for her missing beau. Instead, she arrives at the morgue and feels a terrible relief when she sees a woman she has never met before on the table in front of her. But relief is replaced by confusion, then terror, when Charlotte realizes she has become a person of interest.

Why did Jane Doe have Charlotte listed as her emergency contact? Was it revenge or a warning? And where exactly does Peter factor into all this? As Charlotte becomes the prime murder suspect, she enters into a race against the clock to find truth about the dead woman and the connections they shared. But what she discovers is beyond anything she could have ever imagined.

#FridayReads: In Case of Emergency by E. G. Scott

#FridayReads: A Stranger in the House

From the New York Times bestselling author of the LibraryReads pick The Couple Next Door, a new thriller featuring a suspicious accident, a wife who can’t account for herself, and unsettling questions that threaten to tear the couple apart. You’re home making dinner for your husband. You expect him any second. The phone rings—it’s the call you hoped […]

The New Chardonnay: The Unlikely Story of How Marijuana Went Mainstream by Heather Cabot

A deeply reported journey into the new world of legal cannabis: From gleaming dispensaries to the CBD lotions at your local drugstore to Martha Stewart cooking up marijuana munchies on prime-time television, this is the inside story of how pot shed its stoner image. In The New Chardonnay, award-winning reporter Heather Cabot takes readers on the road with Snoop Dogg and his business partner […]

#FridayReads: The Body by Bill Bryson

Bill Bryson, bestselling author of A Short History of Nearly Everything, takes us on a head-to-toe tour of the marvel that is the human body. As addictive as it is comprehensive, this is Bryson at his very best, a must-read owner’s manual for everybody. Bill Bryson once again proves himself to be an incomparable companion as […]