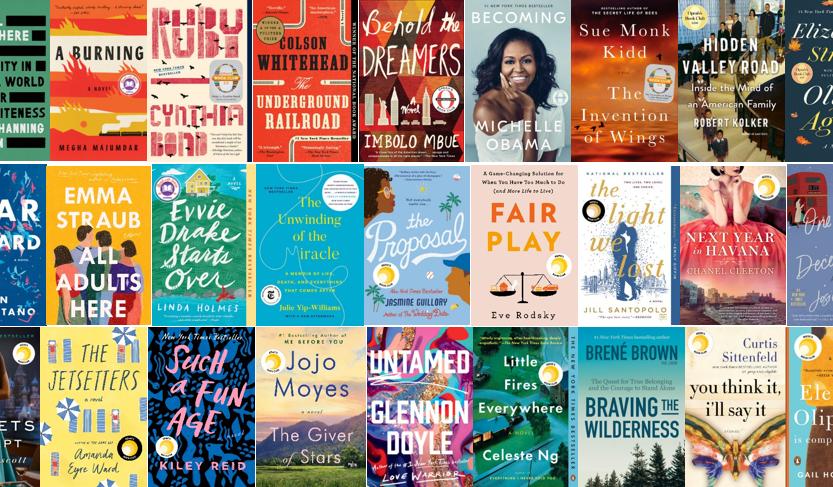 Take your book club cues from Oprah, Reese, and Jenna. Here are our titles that have been selected by these celebrities for their book clubs.

Click for Our Titles Selected by Oprah Winfrey, Reese Witherspoon, and Jenna Bush.

What Will You Read for April?

Click to request eGalleys of our favorite April titles, and if you love the reads, please consider nominating one (or more) for LibraryReads! Remember, voting for the April list ends on February 20th! Click to Request eGalleys of These April Titles. Anything Is Possible by Elizabeth Strout An unforgettable cast of small-town characters copes with love and loss […]

Make Your Own Ice Cream with These Cookbooks

Help your patrons really get into the spirit of National Ice Cream Month with these delicious cookbooks that show you how to make ice cream in your own home. Click for More Ice Cream Cookbooks.

A Sweet Recipe for Pie Lovers

Perennially popular pies get a fresh and indulgent twist by social media superstar and cook, food stylist, and photographer Linda Lomelino. Here, we’re showcasing the recipe for her delicious Citrus Meringue Pie that’s perfect for this time of year. Click to Get the Recipe for Lomelino’s Citrus Meringue Pie. Request an eGalley of Lomelino’s Pies on […]