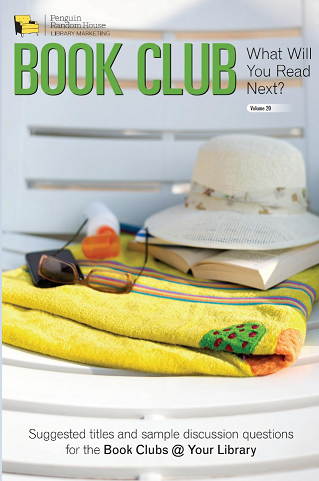 From literary fiction to thrillers to memoirs to historical fiction, our Book Club Brochure Vol. 20 has the perfect titles for your book club. Get inspired to make the most of your gatherings!

Click to View All of Our Book Club Brochures.

Click for Even More Titles for Your Book Clubs.

Click to request eGalleys of our favorite July titles, and if you love the books, please consider nominating them for LibraryReads! Remember, voting for the July list ends on May 20th. Click to Request eGalleys of These July Titles. Spinning Silver by Naomi Novik A fresh and imaginative retelling of the Rumpelstiltskin fairytale from the bestselling author of Uprooted, called […]

With starred reviews from publications including Booklist, Kirkus Reviews, Publishers Weekly, and Library Journal—your patrons will want to read these much-anticipated books that reviewers are raving about. FICTION Alias Emma by Ava Glass “Glass (the pseudonym for an already internationally best-selling novelist) introduces Emma Makepeace, a new-era British spy whose quintessentially English alias facilitates blending into […]