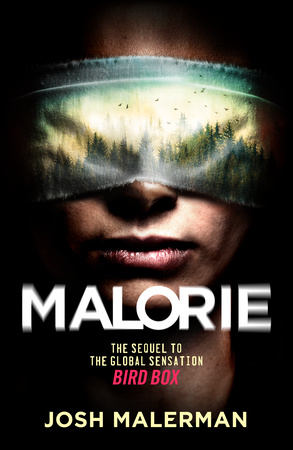 “This sequel is as tense and harrowing as the original, with a new depth that raises the stakes.”—Riley Sager, author of Lock Every Door

The film adaptation of Malerman’s first novel, Bird Box, was watched by over forty-five million Netflix accounts in the first week, the best first seven days ever for a film on the platform. Countless more came to know the story through social media. The image of Sandra Bullock’s character, Malorie, blindfolded—as she’s led through a terrifying near-future apocalypse by the trained ears of her children—has become synonymous with a new generation of horror.

Now from the mind of a true master of suspense comes the next chapter in the riveting tale. This time, Malorie is front and center, and she will confront the dangers of her world head-on.

If you love the read, vote for Malorie for the July LibraryReads list by 6/1.

Discover Richard Russo’s best library memory and more this National Library Week! If you could describe the library in 2 words, what would they be? Adventure. Freedom. What is your fondest library memory? The Gloversville Public Library sat (and sits) at the corner of Fremont and Fulton Streets, the most magical intersection of my boyhood. […]

Dan Brown’s latest novel is Origin, a stunningly inventive thriller that thrusts Harvard symbologist Robert Langdon into the dangerous intersection of humankind’s two most enduring questions, and the earth-shaking discovery that will answer them. Here, we’re giving you a sneak peek at Brown’s most brilliant and entertaining novel to date with this exclusive excerpt. Click to Read an Exclusive […]