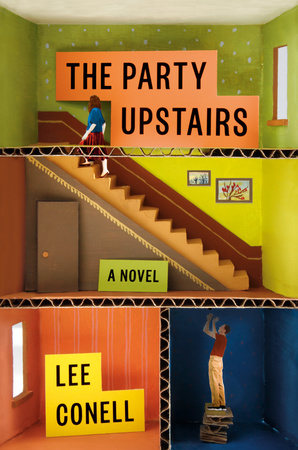 An electrifying debut novel that unfolds in the course of a single day inside one genteel New York City apartment building, as tensions between the building’s super and his grown-up daughter spark a crisis that will, by day’s end, change everything.

Ruby has a strange relationship to privilege. She grew up the super’s daughter in the basement of an Upper West Side co-op that gets more gentrified with each passing year. Though not economically privileged herself, her close childhood friendship with Caroline, the daughter of affluent tenants, and the mere fact of living in such a wealthy neighborhood, close to her beloved Natural History Museum, brought her certain advantages, even expectations. Naturally Ruby followed her dreams and took out loans to attend a prestigious small liberal arts college and explore her interest in art. But now, out of school for a while, she is no closer to her dream job, or anything resembling it, and she’s been forced by circumstances to do the last thing she wanted to do: move back in with her parents, back into the basement. And Caroline is throwing one of her parties tonight, in her father’s glorious penthouse apartment, a party Ruby looks forward to and dreads in equal measure.

With a thriller’s narrative control, The Party Upstairs distills worlds of wisdom about families, great expectations, and the hidden violence of class into the gripping, darkly witty story of a single fateful day inside the Manhattan co-op Ruby calls home. Told from the alternating points of view of Ruby and her father, the novel builds from the spark of an early morning argument between them to the ultimate conflagration to which it leads by day’s end. By the time the ashes have cooled, the façade that masks the building’s power structure will have burned away, and no party will be left unscathed.

If you love the read, vote for The Party Upstairs for the July LibraryReads list by 6/1.

“To know a new language, to immerse yourself, you have to leave the shore. Without a life vest. Without depending on solid ground,” writes Jhumpa Lahiri in her captivating memoir, In Other Words. For the Pultizer prize-winning author, the process of learning Italian involves committing to grammatical exercises, pronunciation practices, and constant consultations of the […]

The Pulitzer Prize–winning, bestselling author of The Warmth of Other Suns examines the unspoken caste system that has shaped America and shows how our lives today are still defined by a hierarchy of human divisions. “As we go about our daily lives, caste is the wordless usher in a darkened theater, flashlight cast down in the aisles, […]