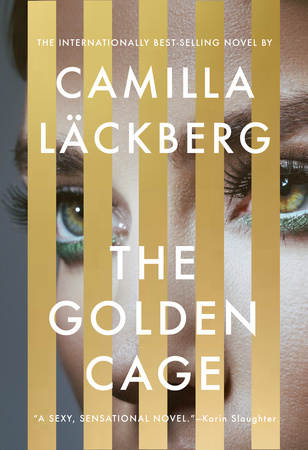 An exhilarating new novel from a global superstar–a sexy, over-the-top psychological thriller that tells the story of the scorned wife of a billionaire and her delicious plot to get her revenge and bring him to his knees.

Faye has loved Jack since they were students at business school. Jack, the perpetual golden boy, grew up wealthy, unlike Faye, who has worked hard to bury a dark past. When Jack needs help launching a new company, Faye leaves school to support him, waitressing by day and working as his strategist by night. With the business soaring, Faye and Jack have a baby, and Faye finds herself at home, caring for their daughter, wealthier than she ever imagined, but more and more removed from the excitement of the business world. And none of the perks of wealth make up for the fact that Jack has begun to treat her coldly, undermining her intelligence and forgetting all she sacrificed for his success. When Faye discovers that he’s having an affair, the polished façade of their life cracks wide open. Faye is alone, emotionally shattered, and financially devastated–but hell hath no fury like a woman with a violent past bent on vengeance. Jack is about to get exactly what he deserves–and so much more. In this splashy, electrifying story of sex, betrayal, and secrets, a woman’s revenge is a brutal but beautiful thing.

If you love the read, vote for The Golden Cage for the July LibraryReads list by 6/1.

What Dennis Lehane does for Boston, and Tana French does for Dublin, Alan Drew does for Los Angeles in this gritty thriller about a town rocked by a serial killer—and a dark secret. Detective Ben Wade has returned to his California hometown of Rancho Santa Elena for a quieter life. Suddenly, the town finds itself […]

From the author of Gods of Jade and Shadow comes a reimagining of the classic gothic suspense novel, a story about an isolated mansion in 1950s Mexico—and the brave socialite drawn to its treacherous secrets.   He is trying to poison me. You must come for me, Noemí. You have to save me. After receiving a frantic letter […]

Public library staff across the nation have spoken! Congratulations to all the books selected for the June 2018 LibraryReads Top Ten List! Click to Prepare for Your June Readers’ Advisory. There There: A Novel (#2) by Tommy Orange “A large cast of interwoven characters depicts the experience of Native Americans living in urban settings. Perfect for readers of character-driven […]