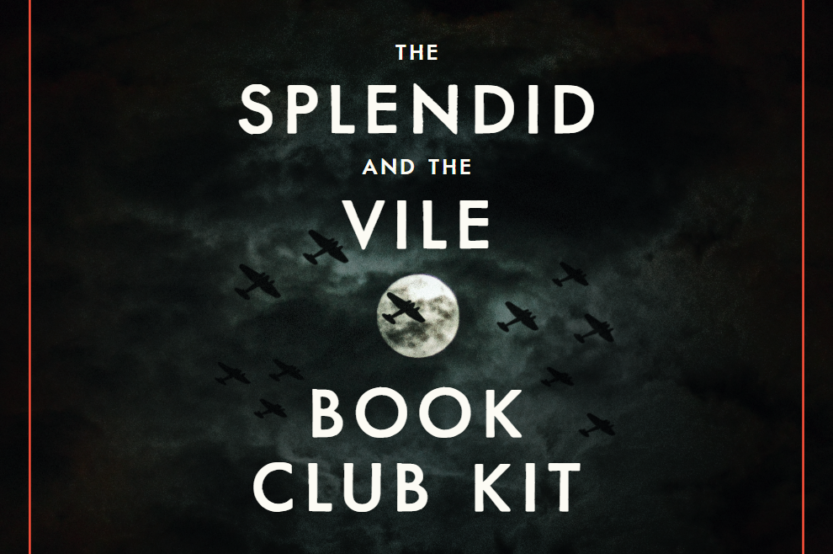 The #1 New York Times bestselling author of The Devil in the White City and Dead Wake delivers a fresh and compelling portrait of Winston Churchill and London during the Blitz. Take a dive into this stunning history with your book club and download the book club kit to get discussion questions, fun facts, a cast of characters, books for further reading, and recipe ideas to make your book club meeting extra special.

On Winston Churchill’s first day as prime minister, Adolf Hitler invaded Holland and Belgium. Poland and Czechoslovakia had already fallen, and the Dunkirk evacuation was just two weeks away. For the next twelve months, Hitler would wage a relentless bombing campaign, killing 45,000 Britons. It was up to Churchill to hold his country together and persuade President Franklin Roosevelt that Britain was a worthy ally—and willing to fight to the end.

In The Splendid and the Vile, Erik Larson shows, in cinematic detail, how Churchill taught the British people “the art of being fearless.” It is a story of political brinkmanship, but it’s also an intimate domestic drama, set against the backdrop of Churchill’s prime-ministerial country home, Chequers; his wartime retreat, Ditchley, where he and his entourage go when the moon is brightest and the bombing threat is highest; and of course 10 Downing Street in London. Drawing on diaries, original archival documents, and once-secret intelligence reports—some released only recently—Larson provides a new lens on London’s darkest year through the day-to-day experience of Churchill and his family: his wife, Clementine; their youngest daughter, Mary, who chafes against her parents’ wartime protectiveness; their son, Randolph, and his beautiful, unhappy wife, Pamela; Pamela’s illicit lover, a dashing American emissary; and the advisers in Churchill’s “Secret Circle,” to whom he turns in the hardest moments.

The Splendid and the Vile takes readers out of today’s political dysfunction and back to a time of true leadership, when, in the face of unrelenting horror, Churchill’s eloquence, courage, and perseverance bound a country, and a family, together.

Click to Read an Excerpt and Learn More About the Book. 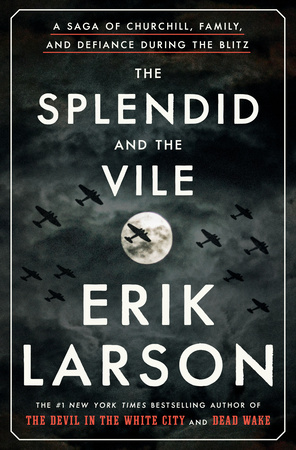 A Book Club Kit for The Bromance Book Club

The first rule of book club: You don’t talk about book club. Nashville Legends second baseman Gavin Scott’s marriage is in major league trouble. He’s recently discovered a humiliating secret: his wife Thea has always faked the Big O. When he loses his cool at the revelation, it’s the final straw on their already strained […]

In a captivating memoir, an Egyptian American visionary and scientist provides an intimate view of her personal transformation as she follows her calling—to humanize our technology and how we connect with one another. See below for a book club kit and shareable quote cards! “A vivid coming-of-age story and a call to each of us […]

Nina Renata Aron’s Good Morning, Destroyer of Men’s Souls is a scorching memoir of a love affair with an addict, which weaves personal reckoning with psychology and history to understand the nature of addiction, codependency, and our appetite for obsessive love. Aron’s memoir is perfect for book clubs so be sure to download the book club kit […]

Delicious Cookies to Bake for Your Next Book Club Gathering

The social media star, New York Times columnist, and author of Dining In helps you nail dinner with unfussy food, unstuffy vibes, and the permission to be imperfect in her new cookbook Nothing Fancy: Unfussy Food for Having People Over. Get a sneak peek and treat your book club to her delicious recipe for Tiny, Salty, Chocolatey Cookies. Click for Alison Roman’s Tiny, […]