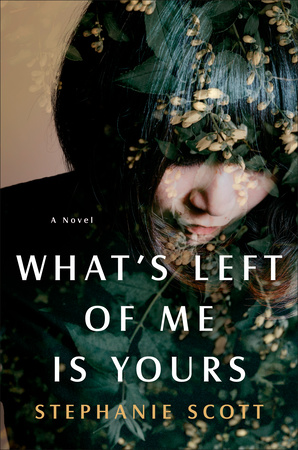 A gripping debut set in modern-day Tokyo and inspired by a true crime, for readers of Everything I Never Told You and The Perfect Nanny, What’s Left of Me Is Yours charts a young woman’s search for the truth about her mother’s life–and her murder.

In Japan, a covert industry has grown up around the “wakaresaseya” (literally “breaker-upper”), a person hired by one spouse to seduce the other in order to gain the advantage in divorce proceedings. When Satō hires Kaitarō, a wakaresaseya agent, to have an affair with his wife, Rina, he assumes it will be an easy case. But Satō has never truly understood Rina or her desires and Kaitarō’s job is to do exactly that–until he does it too well. While Rina remains ignorant of the circumstances that brought them together, she and Kaitarō fall in a desperate, singular love, setting in motion a series of violent acts that will forever haunt her daughter’s life.

Told from alternating points of view and across the breathtaking landscapes of Japan, Stephanie Scott exquisitely renders the affair and its intricate repercussions. As Rina’s daughter, Sumiko, fills in the gaps of her mother’s story and her own memory, Scott probes the thorny psychological and moral grounds of the actions we take in the name of love, asking where we draw the line between passion and possession.

If you liked the read, vote for What’s Left of Me is Yours for the April LibraryReads list by 3/1!

#FridayReads: What’s Left of Me is Yours by Stephanie Scott

Smart, warm, uplifting, Eleanor Oliphant Is Completely Fine is a staff favorite about an out-of-the-ordinary heroine whose deadpan weirdness and unconscious wit make for an irresistible journey as she realizes. Meet Eleanor Oliphant: She struggles with appropriate social skills and tends to say exactly what she’s thinking. Nothing is missing in her carefully timetabled life […]