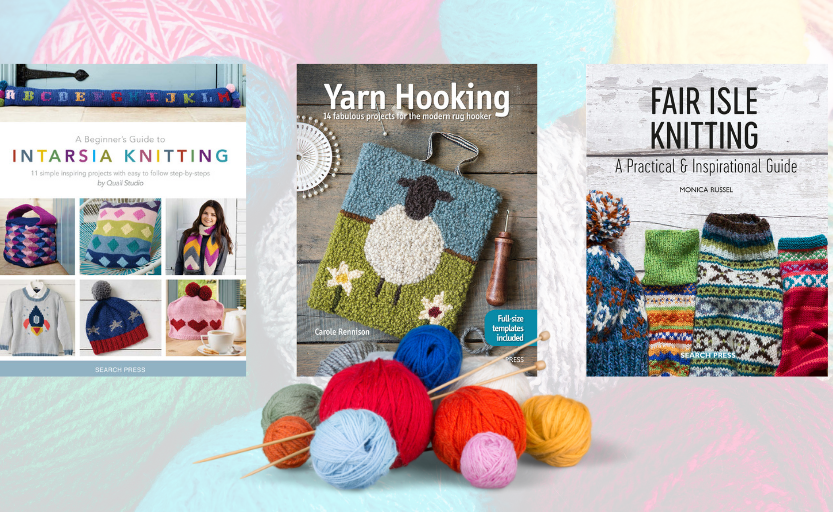 Get ready to celebrate I Love Yarn Day on 10/13 by entering for a chance to receive a Yarn Lovers Bundle from our friends at Search Press!

Celebrate I Love Yarn Day with a Giveaway from Search Press!

Click to request eGalleys of our favorite April titles, and if you love the books, please consider nominating them for LibraryReads! Remember, voting for the April list ends on March 1st. Click to Request eGalleys of These April Titles. Lost Roses by Martha Hall Kelly The runaway bestseller Lilac Girls introduced the real-life heroine Caroline Ferriday. This sweeping new novel, set a generation earlier […]

From Rachel Maddow to Jim Mattis to the newest novel from Sara Shepard, author of Pretty Little Liars, these drop-in titles are sure to make a splash at your library. Click for More Drop-Ins. Call Sign Chaos: Learning to Lead by Jim Mattis and Bing West A clear-eyed account of learning how to lead in […]

Download some of Blue Rider Press’ best from 2016 in celebration of their 5th anniversary! Read excerpts from: Becoming Grandma by Lesley Stahl But What If We’re Wrong? by Chuck Klosterman She Poured Out Her Heart by Jean Thompson Siracusa by Delia Ephron (a LibraryReads pick) We’re Still Right, They’re Still Wrong by James Carville […]