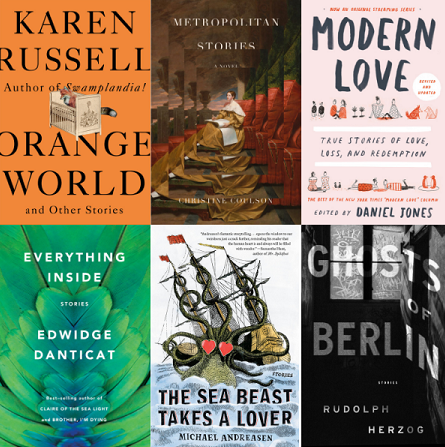 Want to try something new for your book club? Look outside the novel—because even short stories can inspire long discussions.

This year’s Golden Globes ceremony shined a light on the power of women, and this week we were inspired to feature books that will make your patrons want to read like a girl. Click for More Books By and About Women. Alternate Side by Anna QuindlenMy American Dream by Lidia Matticchio Bastianich The tensions in a […]

June is Gay Pride Month, and in its honor we’re featuring titles that give perspective on the LGBTQ experience and take on issues faced by the community. Marriage of a Thousand Lies by SJ Sindu A necessary and exciting addition to both the Sri Lankan-American and LGBTQ canons, SJ Sindu’s debut novel offers a moving and […]

Click to Read an Excerpt on First Look. From the New York Times bestselling author of Uprooted and Spinning Silver comes the story of an unwilling dark sorceress who is destined to rewrite the rules of magic. “The dark school of magic I’ve been waiting for.” Katherine Arden, author of Winternight Trilogy Click for eBook Information. Click for Audiobook Information. Reqeuest […]

The full inside story of the breathtaking rise and shocking collapse of Theranos, the multibillion-dollar biotech startup, by the prize-winning journalist who first broke the story and pursued it to the end, despite pressure from its charismatic CEO and threats by her lawyers. In 2014, Theranos founder and CEO Elizabeth Holmes was widely seen as […]