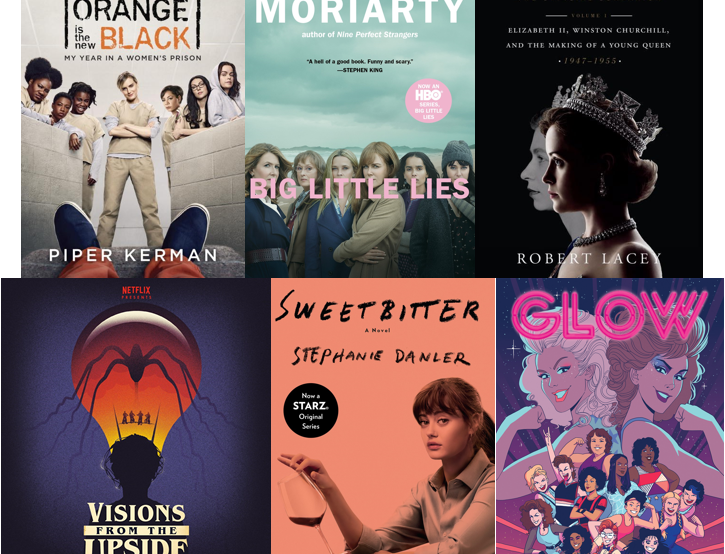 From the books that started it all to those that give fans even more of the stories they love, these books are perfect for the TV buffs at your library.

Click for More Books that Inspired and Were Inspired By TV Shows.

Inspired and Inspired By

MacGyver on Mars! “Let’s science the $#*! out of this.” Based on the novel of the same name by Andy Weir, THE MARTIAN is a science-fiction film starring Matt Damon and Jessica Chastain, with Michael Peña, Kristen Wiig, and Jeff Daniels in supporting roles. The film is scheduled to be released on November 25, 2015 in […]

When The Alienist was first published in 1994, it was a major phenomenon, spending six months on the New York Times bestseller list, receiving critical acclaim, and selling millions of copies. This modern classic continues to be a touchstone of historical suspense fiction for readers everywhere, and now heads to the silver screen on TNT […]