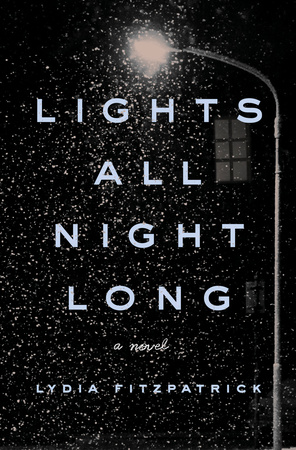 A gripping and deftly plotted narrative of family and belonging, Lights All Night Long is a dazzling debut novel from an acclaimed young writer

“Lights All Night Long is utterly brilliant and completely captivating. . . . One of the most propulsive, un-put-downable literary novels I’ve read in ages.”–Anthony Marra, author of A Constellation of Vital Phenomena

Fifteen-year-old Ilya arrives in Louisiana from his native Russia for what should be the adventure of his life: a year in America as an exchange student. The abundance of his new world–the Super Walmarts and heated pools and enormous televisions–is as hard to fathom as the relentless cheerfulness of his host parents. And Sadie, their beautiful and enigmatic daughter, has miraculously taken an interest in him.

But all is not right in Ilya’s world: he’s consumed by the fate of his older brother Vladimir, the magnetic rebel to Ilya’s dutiful wunderkind, back in their tiny Russian hometown. The two have always been close, spending their days dreaming of escaping to America. But when Ilya was tapped for the exchange, Vladimir disappeared into their town’s seedy, drug-plagued underworld. Just before Ilya left, the murders of three young women rocked the town’s usual calm, and Vladimir found himself in prison.

With the help of Sadie, who has secrets of her own, Ilya embarks on a mission to prove Vladimir’s innocence. Piecing together the timeline of the murders and Vladimir’s descent into addiction, Ilya discovers the radical lengths to which Vladimir has gone to protect him–a truth he could only have learned by leaving him behind.

A rich tale of belonging and the pull of homes both native and adopted, Lights All Night Long is a spellbinding story of the fierce bond between brothers determined to find a way back to each other.

If you liked the read, vote for Lights All Night Long for the April LibraryReads list by March 1st!

Whether they’re interested in theater, music, photography, or painting, your right-brained patrons will love these books that spark creativity. Click for More Books that Get Your Patrons’s Creative Juices Flowing.

Click to request eGalleys of our favorite October titles, and if you love the books, please consider nominating them for LibraryReads! Remember, voting for the October list ends on August 20th. Click to Request eGalleys of These October Titles. A Spark of Light by Jodi Picoult The New York Times bestselling author of the #1 LibraryReads pick Small Great Things returns with a powerful and […]

Get in the mood to watch the Big Game this Sunday with these reads! Click for More Football Books. For the ESPN Classic Watcher Jim Brown: Last Man Standing by Dave Zirin A unique biography of Jim Brown—football legend, Hollywood star, and controversial activist—written by acclaimed sports journalist Dave Zirin. The author spent considerable time […]