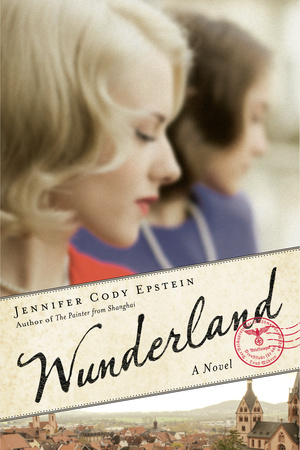 An intimate portrait of a friendship severed by history, and a sweeping saga of wartime, motherhood, and legacy by an award-winning novelist

East Village, 1989
Things had never been easy between Ava Fisher and her estranged mother Ilse. Too many questions hovered between them: Who was Ava’s father? Where had Ilse been during the war? Why had she left her only child in a German orphanage during the war’s final months? But now Ilse’s ashes have arrived from Germany, and with them, a trove of unsent letters addressed to someone else unknown to Ava: Renate Bauer, a childhood friend. As her mother’s letters unfurl a dark past, Ava spirals deep into the shocking history of a woman she never truly knew.

Berlin, 1933
As the Nazi party tightens its grip on the city, Ilse and Renate find their friendship under siege—and Ilse’s increasing involvement in the Hitler Youth movement leaves them on opposing sides of the gathering storm. Then the Nuremburg Laws force Renate to confront a long-buried past, and a catastrophic betrayal is set in motion…

An unflinching exploration of Nazi Germany and its legacy, Wunderland is a at once a powerful portrait of an unspeakable crime history and a page-turning contemplation of womanhood, wartime, and just how far we might go in order to belong.

If you liked the read, vote for Wunderland for the April LibraryReads list by 3/1!

Public library staff across the nation have spoken! Congratulations to all the books selected for the July 2016 LibraryReads Top Ten list! Click to prepare for your July Readers’ Advisory. Dark Matter: A Novel (#1) By Black Crouch “Once on the fast-track to academic stardom, Jason Dessen finds his quiet family life and career upended when a stranger […]

“The first rule is that you don’t fall in love…”

A love story across the ages—and for the ages—about a man lost in time, the woman who could save him, and the lifetimes it can take to learn how to live. Tom Hazard has a dangerous secret. He may look like an ordinary 41-year-old, but owing to a rare condition, he’s been alive for centuries. […]

LUNCH LIT: SPEAKING FROM AMONG THE BONES by Alan Bradley

Our favorite eleven-year-old amateur detective Flavia de Luce is back!  Read an excerpt from SPEAKING FROM AMONG THE BONES—the 5th book in Alan Bradley’s award-winning cozy British mystery series.  This time Flavia is digging up bodies . . . and what she unearths will prove there’s never such thing as an open-and-shut case.       […]