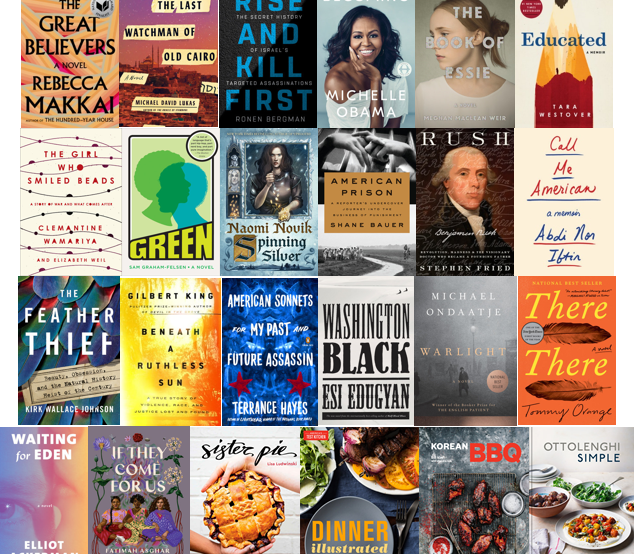 The annual American Library Association (ALA) Midwinter Meeting is the occasion for an array of coveted prizes and honors bestowed upon distinguished children’s and adult books and audios, published (mostly) in the past year. The first group of awards were announced on Sunday, January 27, led by the Andrew Carnegie Medals. See all of our honorees and winners below!

Black Caucus of ALA Honor Book

AMERICAN PRISON: A Reporter’s Undercover Journey into the Business of Punishment by Shane Bauer (Penguin Press)

CALL ME AMERICAN by Abdi Nor Iftin (Knopf)

BENEATH THE RUTHLESS SUN by Gilbert King (Riverhead)

THERE THERE by Tommy Orange (Knopf)

IF THEY COME FOR US by Fatimah Asghar (One World)

THE BOOK OF ESSIE by Meghan MacLean Weir (Alfred A. Knopf)

THE GIRL WHO SMILED BEADS: A Story of War and What Comes After by Clemantine Wamariya and Elizabeth Weil (Crown)

SISTER PIE: THE RECIPES AND STORIES OF A BIG-HEARTED BAKERY IN DETROIT by Lisa Ludwinski (Lorena Jones Books)

Congratulations to all of our recognized award winners and honorees!

Congrats to Our Award Winners!

Join us for a lively presentation of exciting and diverse book club picks from us, along with representatives from William Morrow, Workman, and Norton. Register now for this free webinar on Tuesday, 7/18 at 1pm CT! Click to Register.

Enter Our “See the World” Sweepstakes!

We’re excited to offer a collection of five books from Miroslav Sasek’s beloved children’s series that will take your kids from New York to Paris to Hong Kong, and beyond.These books have been updated while maintaining Sasek’s elegant, classic look, and are sure to charm both children and their parents, many of whom will remember the […]

Enter for a Chance to Win a Harry Potter Bundle!

As we stay at home during uncertain times, we’re staying connected with each other and the stories and authors who inspire us. For those of you who may have missed some of our virtual Penguin Random House author Q&A’s, book events, and more, here is a recap of last week’s events and their recordings. June […]